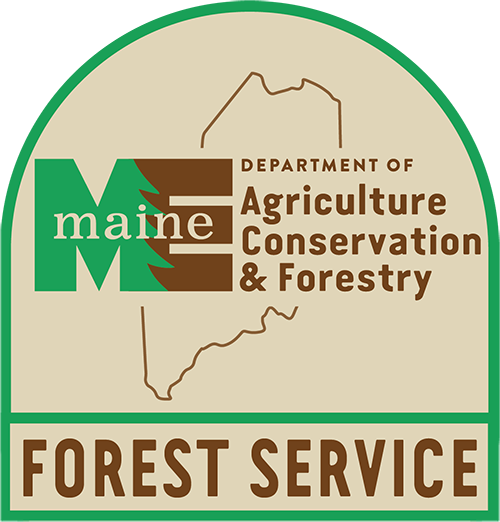 In North America, European larch canker, incited by the introduced fungus Lachnellula willkommii (Hartig) Dennis, causes a serious branch and stem canker disease of native eastern larch (tamarack), Larix laricina (Du Roi) K. Koch. The disease was first found in the U.S. in 1927 affecting European larch (L. decidua Mill.) planted on estates near Boston, MA. Presumably, the fungus was brought there on nursery seedlings or saplings around 1907. An eradication program, entailing repeated surveys and rogueing of infected trees over several decades, was determined in 1965 to be successful (Tegethoff, 1965), and no disease has been found since then on either tamarack or exotic larches in surrounding areas.

In 1980, the disease was discovered affecting tamarack in the Canadian Maritime Provinces of New Brunswick and Nova Scotia. In June of 1981, Canadian authorities reported the disease occurring on Campobello Island and St. Stephen New Brunswick, towns separated only by the St. Croix River from Maine. Searches in eastern Maine in 1981 found diseased trees in several stands in eastern Washington County. The disease has since been found in many additional townships.

A meeting and a workshop were convened in Old Town, ME (1982) and Fredericton, N.B. (1983), to identify the research needed to answer questions (Q) related to the disease and its potential impact on the larch resource of eastern N. America and beyond. Issues identified (Magasi, 1983), included:

a) Patterns of infection and spread of the disease within tamarack trees and stands (Q. #14, #15)

b) Impact of the disease on individual trees and stands (Q. #17)

c) Incidence and spread of the disease relative to coastal proximity (Q. #9)

A USDA-APHIS quarantine was established in 1984 to include all easterly affected townships (Figure 1). The quarantine was designed to prohibit the movement of pathogen-contaminated larch materials from the infected area.

Files over 3MB may be slow to open. For best results, right-click and select "Save As"