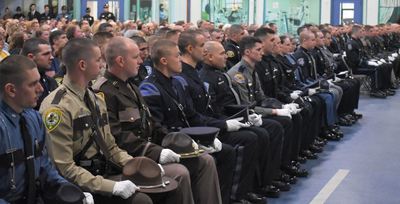 Farmington Police Chief Jack Peck, who is President of the Maine Chiefs of Police Association, told the new officers to "stay humble, polite and professional. Have compassion, and always be fair."