An Act establishing the Salary of certain Officers 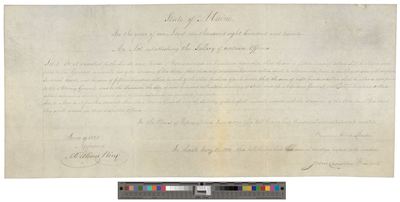 An Act establishing the Salary of certain Officers

Sec. 2 And be it further enacted that the Attorney General and the Secretary of State shall annually account with the Treasurer of this State for all fees which they shall receive in their respective offices.